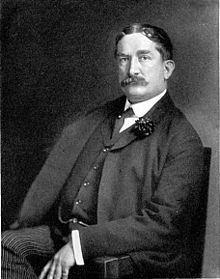 Thomas William Lawson
Author
Thomas William Lawson (February 26, 1857 – February 8, 1925) was an American businessman and author. A highly controversial Boston stock promoter, he is known for both his efforts to promote reforms...
Related Books
view all

The Bitcoin Standard:
The Theory of the Leisure Class:

The Rise and Fall of Revenue Farming:

John Douglas's Guide to Landing a Career in Law Enforcement:

Migration of Financial Resources to Developing Countries:
On The Principles of Political Economy and Taxation:

The Role of Competition in Economic Transition:

Initiating, Managing and Sustaining Strategic Change:
Creative Economy:
Supply and Demand:
An Example of Communal Currency: The Facts About the Guernsey Market House:

Management and Planning in the Leisure Industries:
A Revision of the Treaty; Being a Sequel of The Economic Consequence of the Peace:
An Inquiry Into the Nature and Causes of the Wealth of Nations:
Sign in to write a review
TOC Bookmarks
Menu
–
Bookmark Fullscreen
‹
›